There were 1,813 homes taken to auction across the combined capital cities this week, with the lower volumes attributed to the ANZAC Day long weekend.

The previous week saw 926 homes taken to auction making it the busiest Easter on record, while this time last year, 2,087 auctions were held across the combined capital cities. 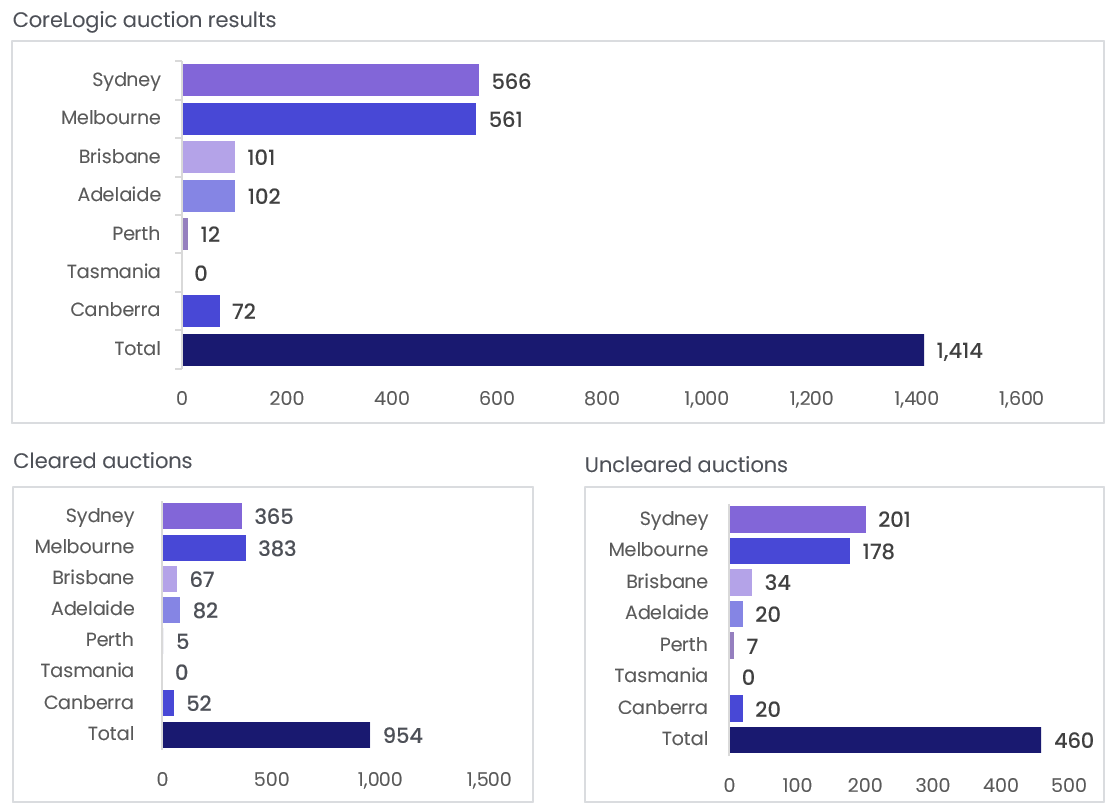 Sydney was host to 721 auctions this week, compared to 480 over the previous week and 794 this time last year. The clearance rate was down week-on-week, with 64.5 per cent of the 566 results collected so far reporting a successful result. The previous week saw a preliminary clearance rate of 70.6 per cent, revising down to 58.9 per cent at final figures, the lowest clearance rate the city has seen since the week ending 23rd January (54.9 per cent). This time last year, 79.3 per cent of reported auctions were successful. 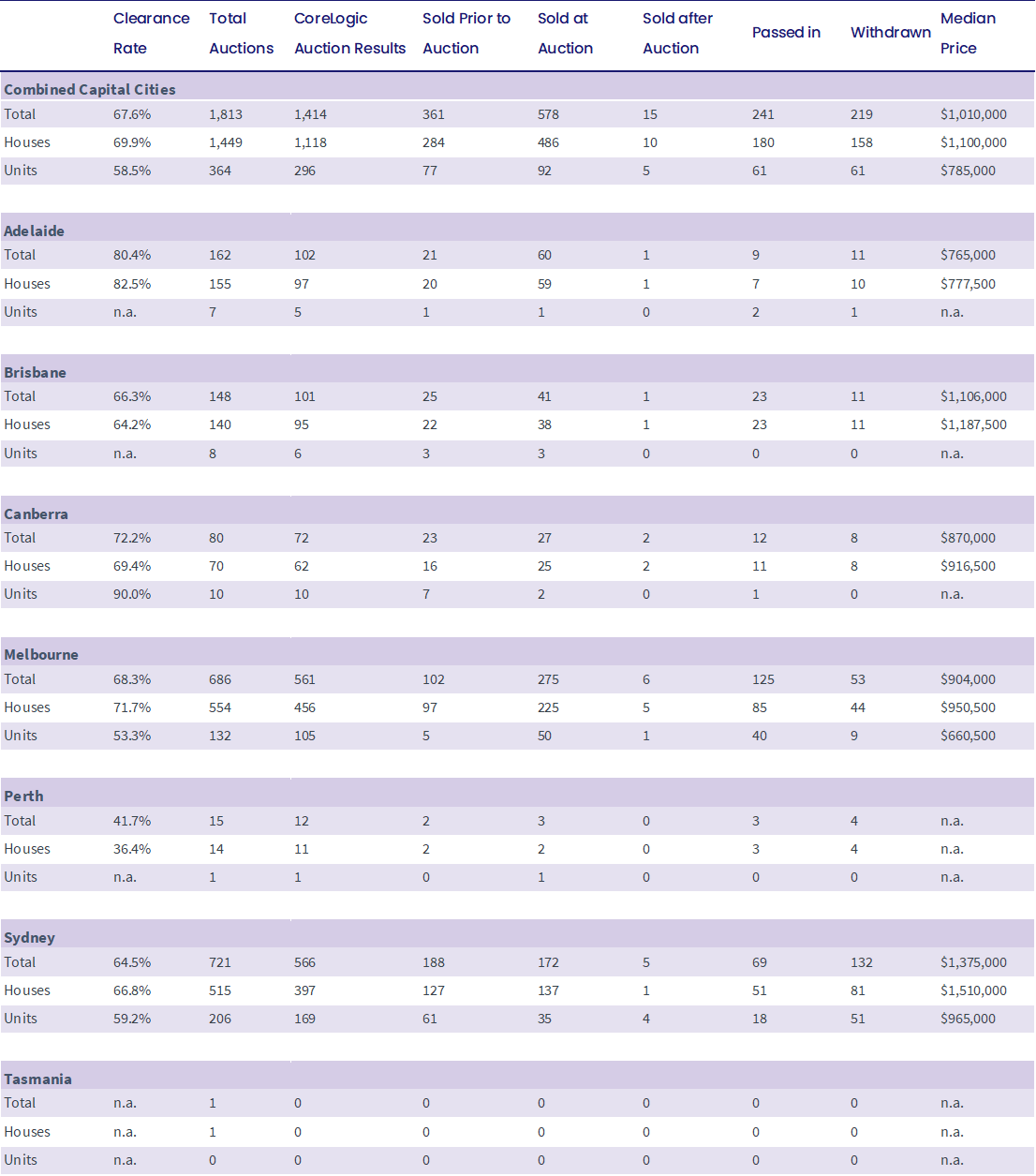 Across the smaller capitals, Adelaide recorded the highest preliminary auction clearance rate (80.4 per cent), followed by Canberra (72.2 per cent) and Brisbane (66.3 per cent). In Perth, 12 results have been collected so far, returning a 41.7 per cent clearance rate. Adelaide was the busiest auction market this week with 162 homes taken to auction across the city, followed by Brisbane (148). Canberra was host to 80 auctions this week, while 15 auctions were held in Perth. There was just one auction held in Tasmania this week.