There were 2,685 homes taken to auction across the combined capital cities this week, compared to 1,819 over the previous week (ANZAC Day long weekend) and 2,902 this time last year. In Melbourne, 1,285 homes were taken to auction this week, up from 689 over the previous week, although slightly less than this time last year (1,310). Of the 1,051 results collected so far, 68.4 per cent have been successful, similar to the previous week’s preliminary clearance rate (68.3 per cent), which revised down to 63.5 per cent at final figures. Over the same week last year, 75.1 per cent of auctions were successful.

There were 907 auctions held across Sydney this week, compared to 715 over the previous week and 1,119 this time last year. The clearance rate slipped further week-on-week, with 62.3 per cent of the 703 results collected so far reporting a successful result, after the previous week recorded a preliminary clearance rate of 64.5 per cent, revising down to 59.5 per cent at final figures. Sydney’s final clearance rate has held below 60 per cent for the past two weeks and it’s likely to be the case again this week once the remaining results are collected. 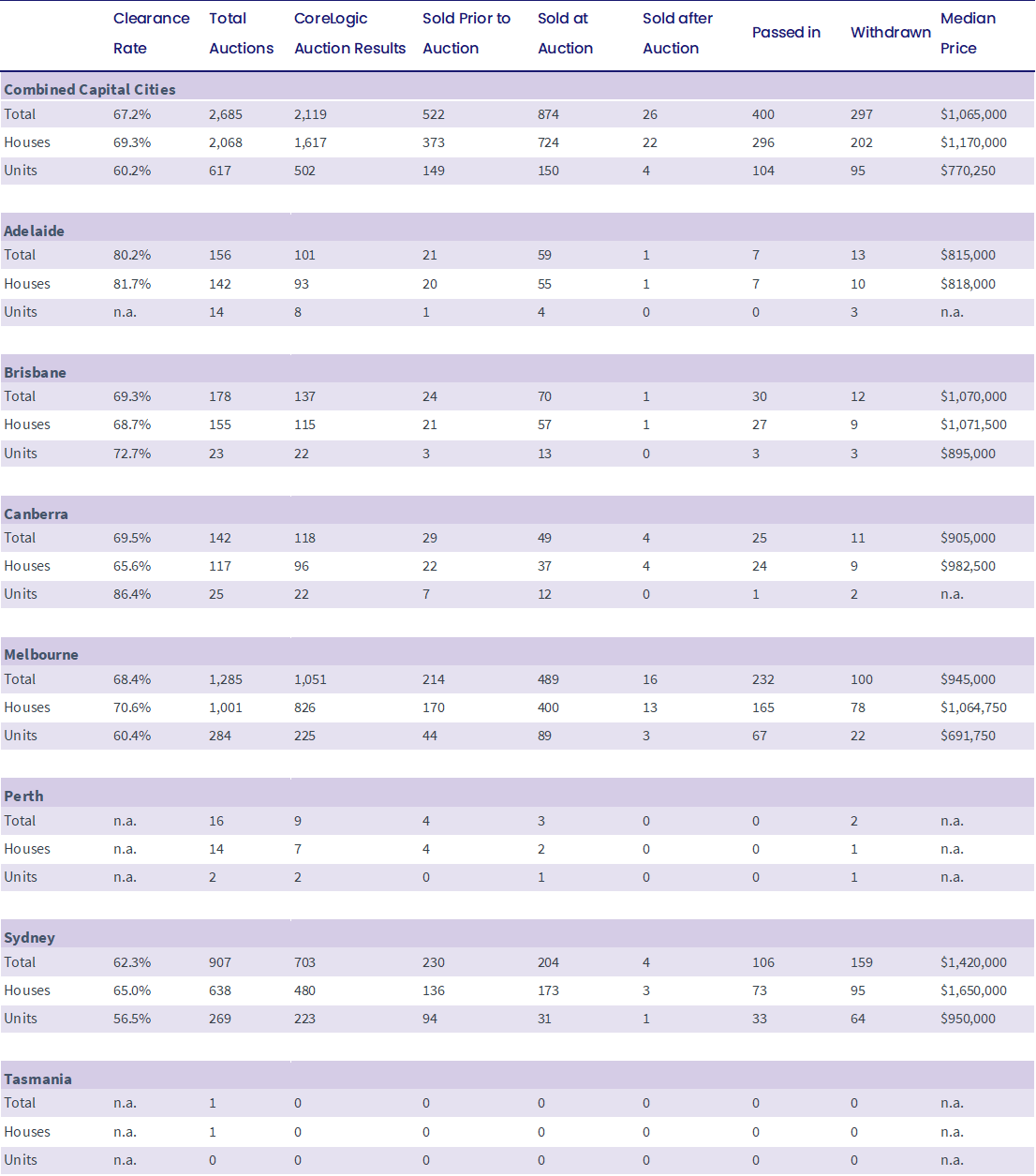 Across the smaller capitals, Adelaide recorded the highest preliminary auction clearance rate (80.2 per cent), followed by Canberra (69.5 per cent) and Brisbane (69.3 per cent). In Perth, 9 results have been collected so far, 7 of which were successful. Brisbane was the busiest auction market this week with 178 homes taken to auction across the city, followed by Adelaide (156). Canberra was host to 142 auctions this week, while 16 auctions were held in Perth. There was just one auction held in Tasmania this week. 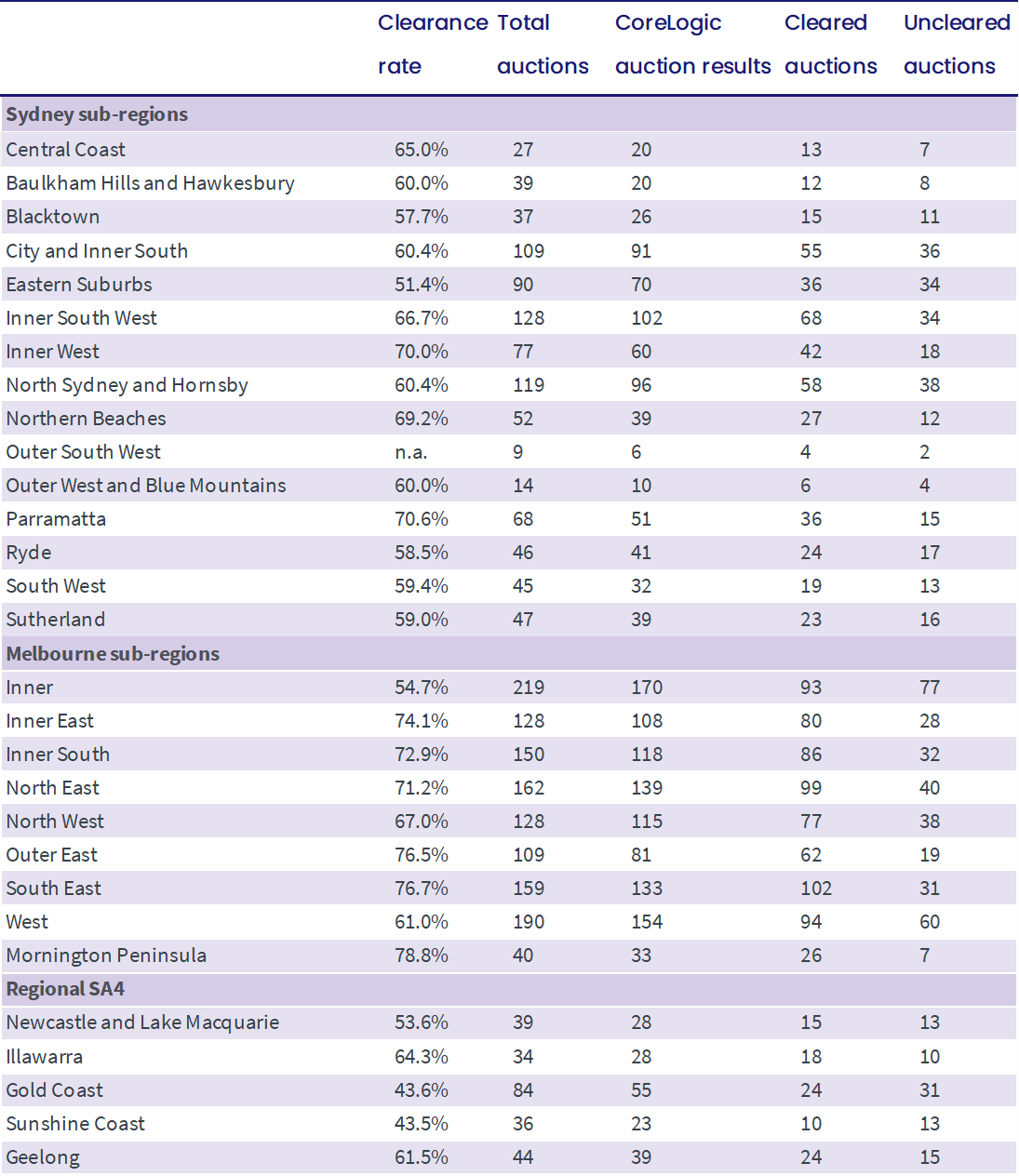