Auction activity rose sharply this week, with 2,847 homes taken to auction across the combined capital cities. The busiest auction week since the pre-Easter season spike, this week’s auction activity was up 38.3% compared to the previous week (2,059) but was down -2.0% from the 2,905 auctions held this time last year. 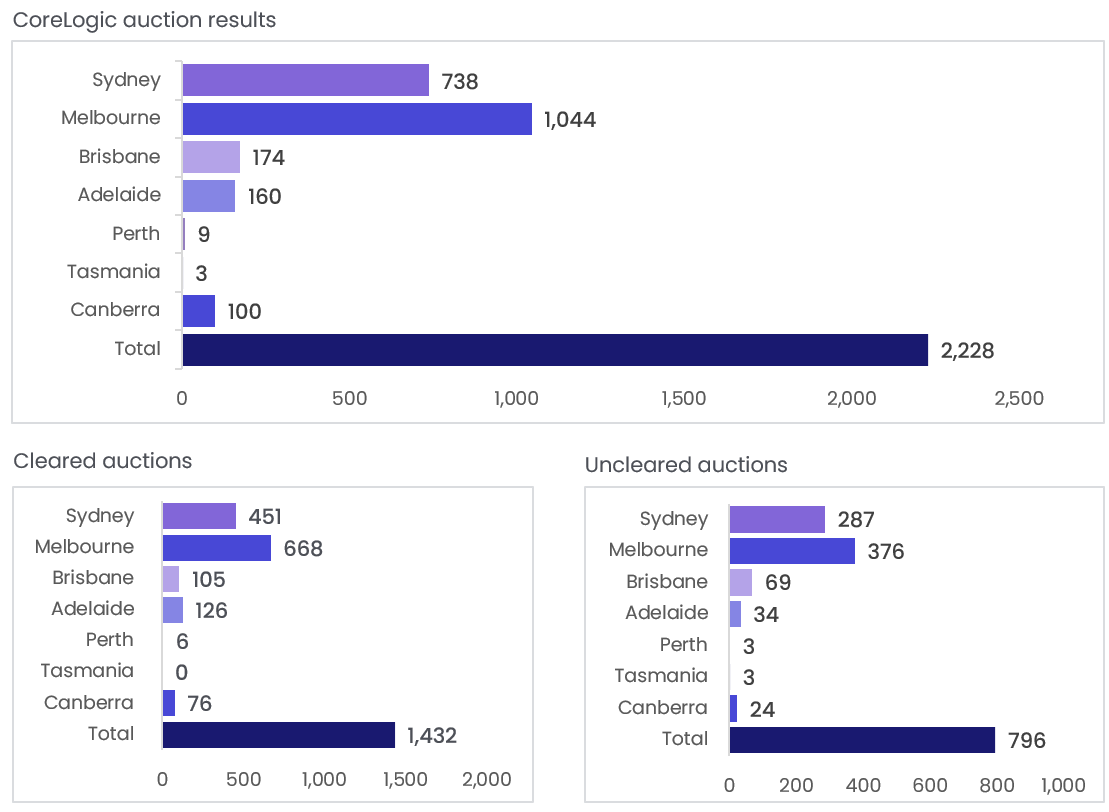 Across Sydney, 934 auctions were held this week, up 41.7% from the week prior when 659 auctions occurred. With 738 results collected so far, Sydney was amongst the only two capitals to see a rise in its preliminary clearance rate, with 61.1% of actions held retuning a successful result. This week’s rate is up 2.4 percentage points from the week prior, when a preliminary rate of 58.7%, (revised to 55.3% at final figures) was recorded. Despite the increase in the preliminary clearance rate, Sydney’s withdrawal rate remains high, with 22.1% of this week’s auctions being withdrawn from the market.  This time last year 78.9% of the 1,150 auctions held across Sydney returned a successful result. 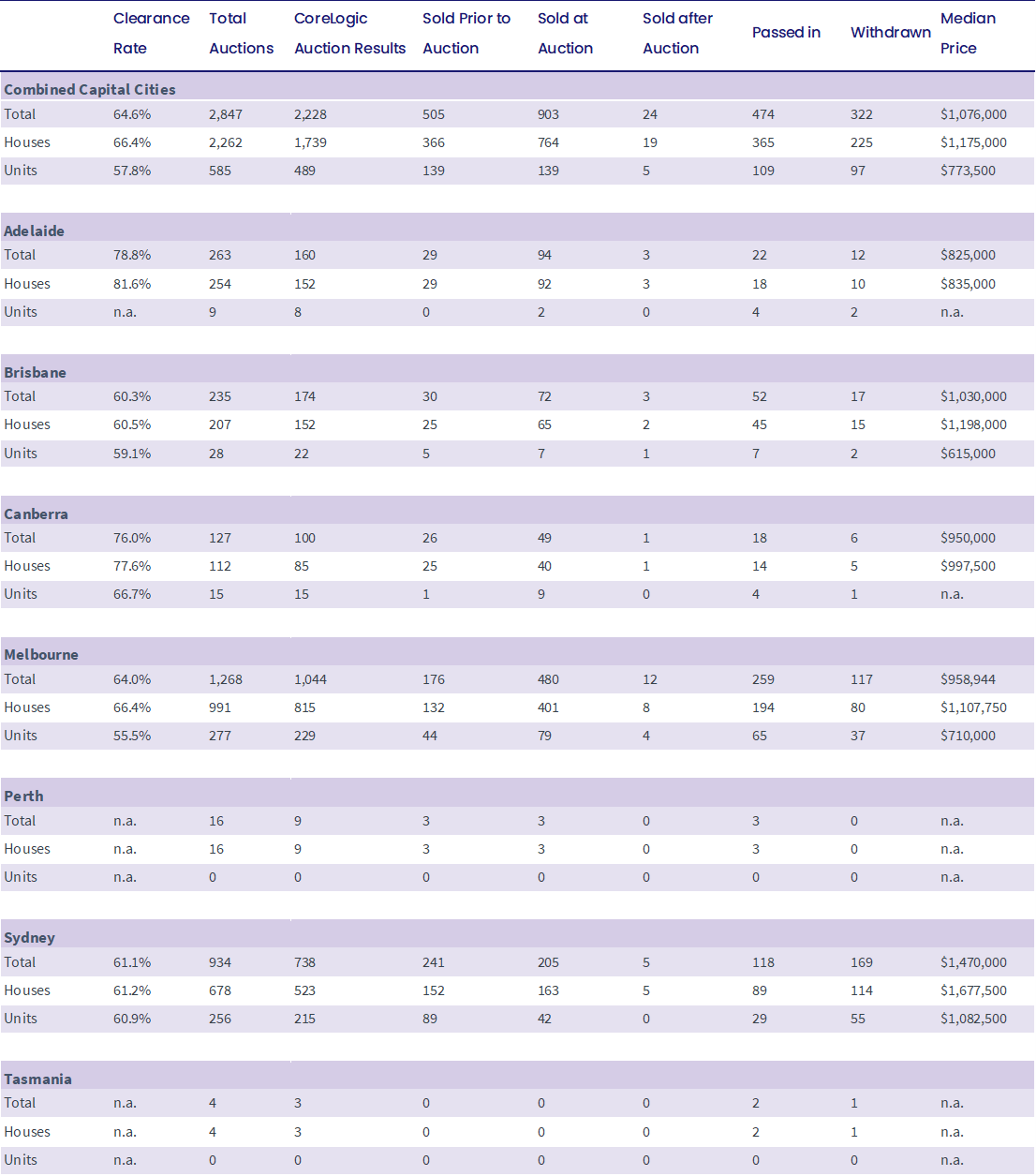 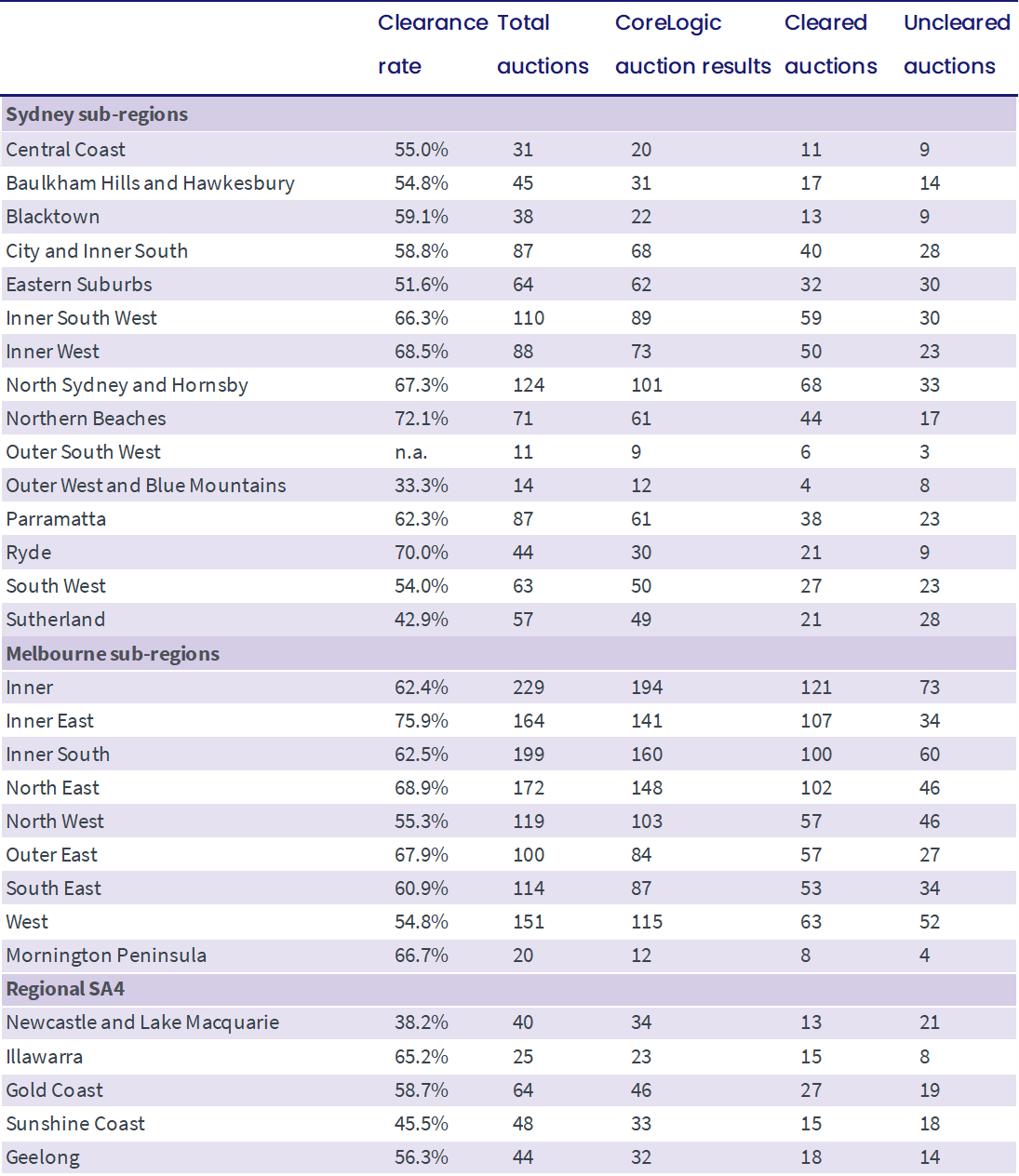