Across the combined capitals, auction activity fell week on week, due largely to a fall in auction volumes across Melbourne.

With 2,358 auctions held across the capitals, the volume of auctions was down -6.7% compared to last week (2,528), and down -20.3% compared to the 2,960 auctions held this time last year. With 2,526 result collected so far, this week preliminary clearance rate is up 2.1 percentage points from last week’s preliminary clearance rate (57.8%, later revised to 55.2% at final figures), but held just below the 60% mark with 59.8% of auctions reporting a positive result. This time last year 75.4% of auctions held recorded a successful result. 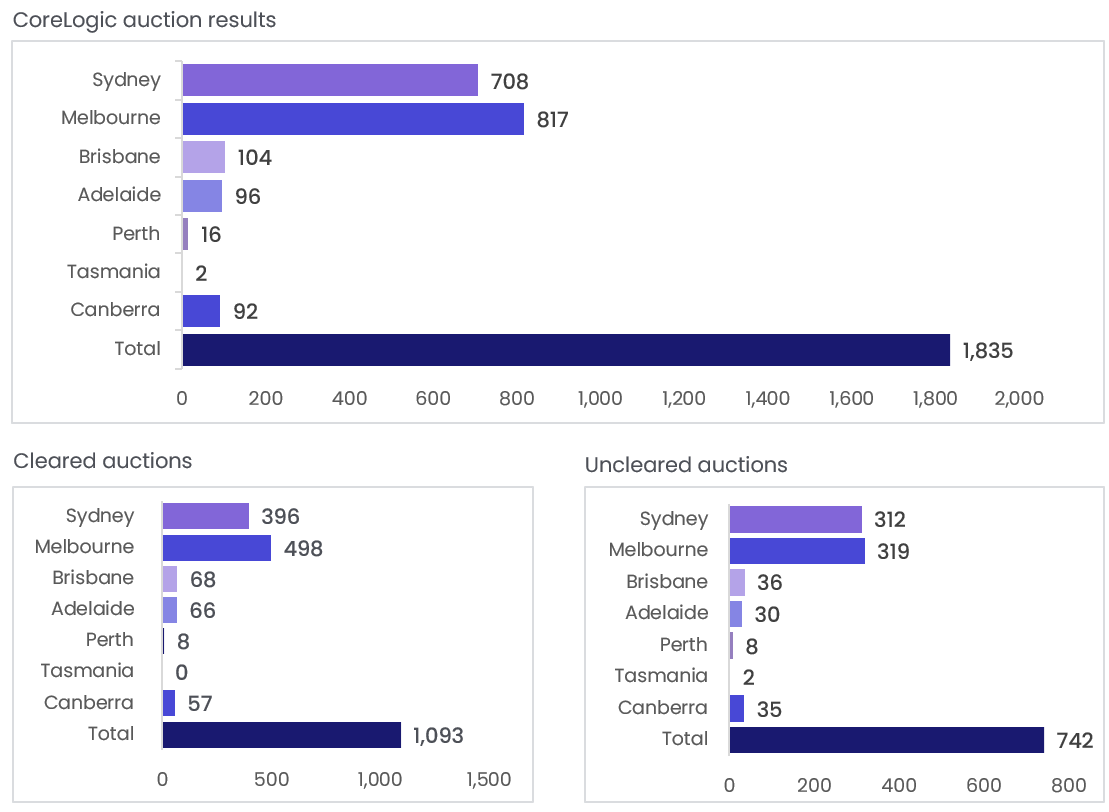 With 984 auctions held across the city, Melbourne recorded the busiest auction week amongst the capitals, despite its auction activity falling -22.3% week on week. Melbourne’s preliminary clearance rate rose above 60% for the first time in four weeks with 61.0% of the 817 results collected so far returning a positive result. This is up 3.1 percentage points from last week’s preliminary clearance rate of 57.9%, which was revised down to 55.7% at final figures. This time last year 74.7% of the 1,418 auctions were successful.

Across Sydney, preliminary clearance rates rose this week for the first time in five weeks, up 50 basis points from last week’s preliminary result of 55.4% (revised to 52.7% at final numbers).  708 results of the 898 auctions held across the city this week have been collected so far, with 55.9% reporting a successful result. Despite this small uptick in the preliminary clearance rate, Sydney recorded its highest withdrawal rate since the week ending 26th April 2020 (28.6%) with 28.0% of auctions scheduled auctions being withdrawn.  Compared to the previous week when 795 auctions were held, this week’s auction activity was up 13.0% but down -17.2% compared to this time last year (1,084) when 77.5% of auctions reported a positive result. 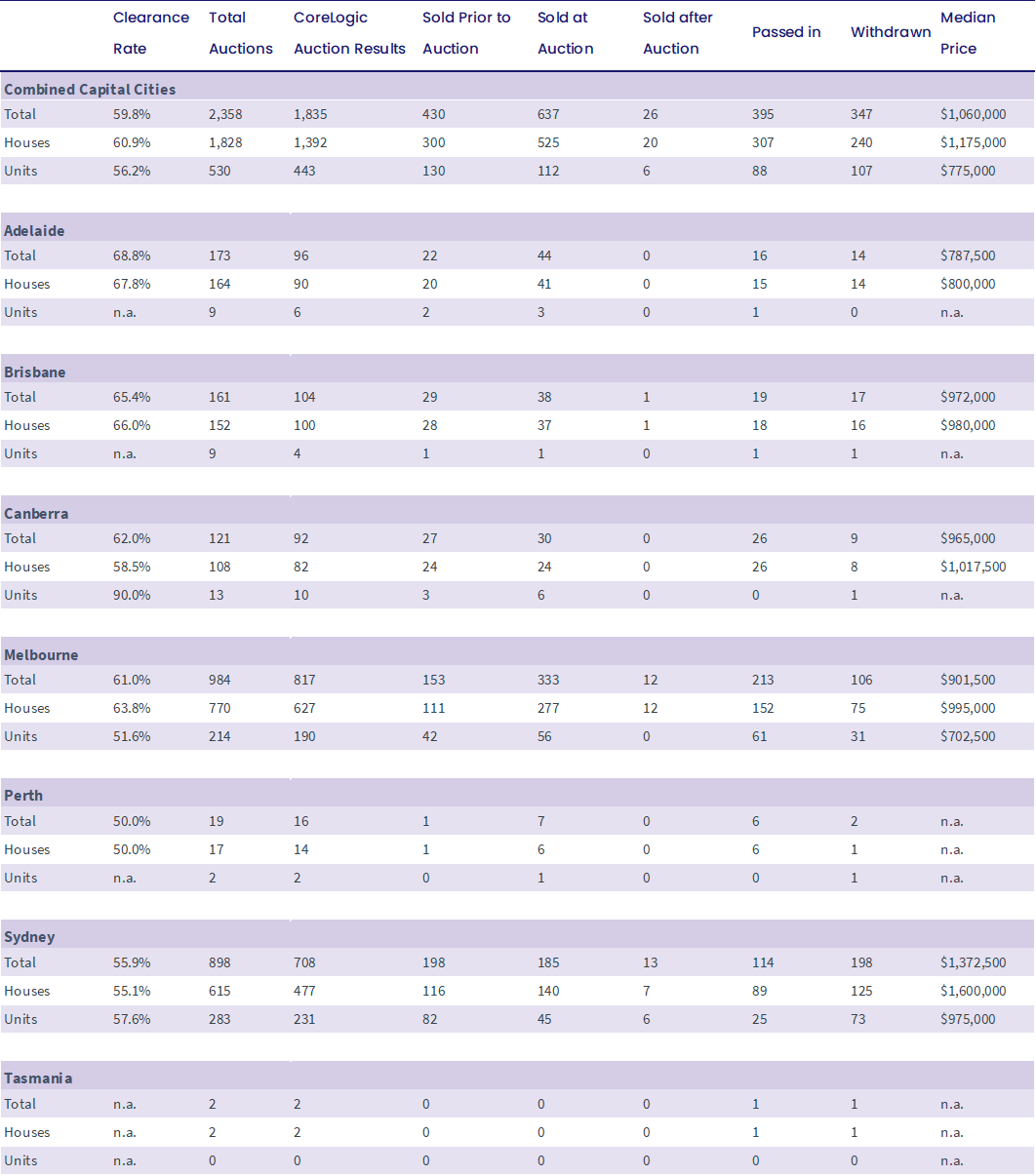 Auction activity across the smaller capitals this week was in line with the volumes recorded the week prior, and up 3.9% compared to this time last year. Adelaide was the busiest amongst the smaller capitals, hosting 173 auctions, followed by Brisbane and Canberra with 161 and 121 auctions respectively. A similar pattern was seen in clearance rates, with Adelaide recording the highest preliminary clearance rate (68.8%), followed by Brisbane (65.4%) and Canberra (62.0%). Eight of the 16 results collected so far across Perth reported a successful result, while neither of the two auctions held in Tasmania were successful. 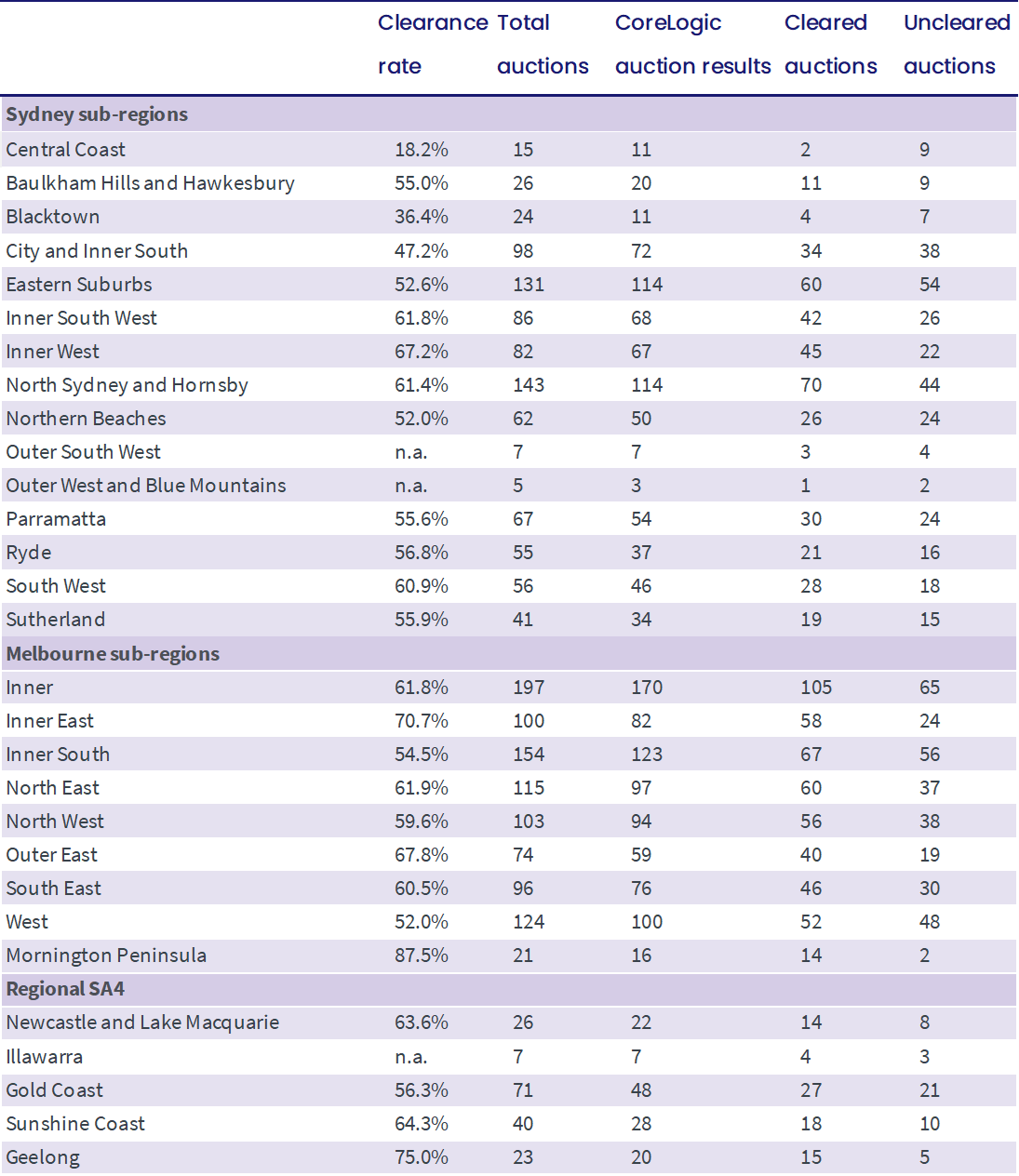 What does high inflation mean for the Australian housing market?

While inflation has implications for housing demand, housing itself influences inflation. By understanding how inflation