There were 2,526 homes taken to auction across the combined capital cities this week, up 83.2 per cent from the previous week when six of the eight states and territories celebrated the Queen’s Birthday long weekend (1,379). 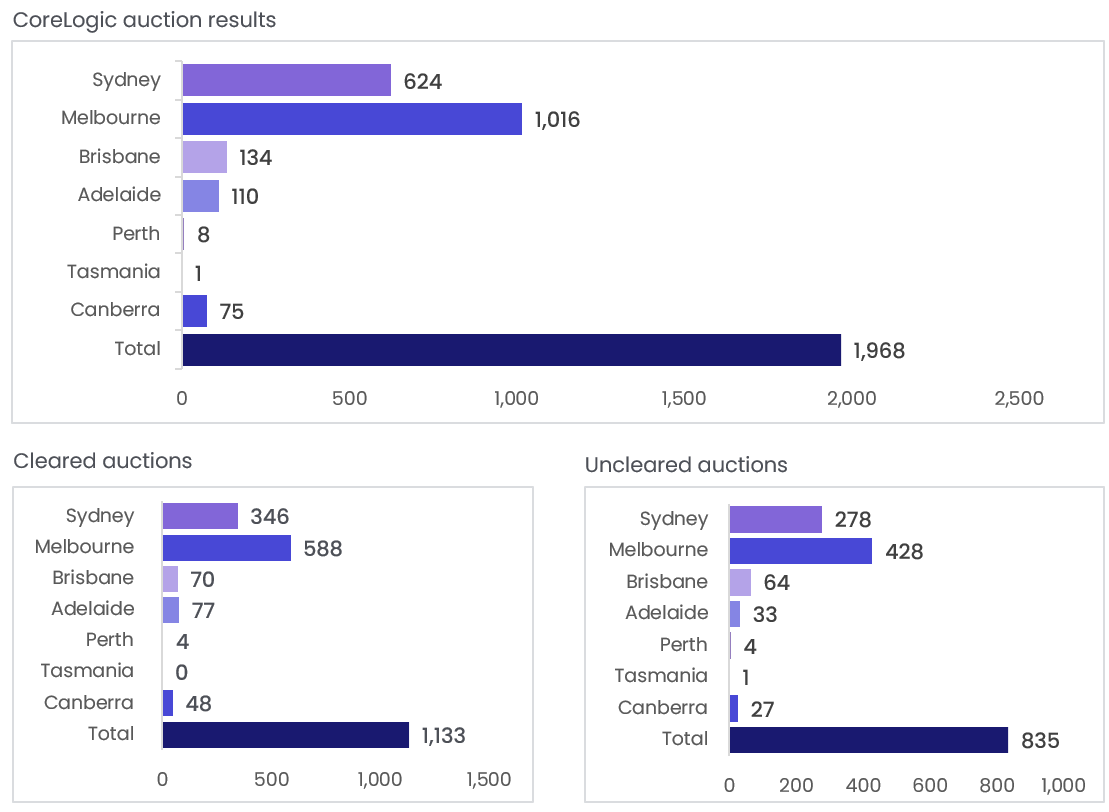 In Melbourne, 1,264 homes were taken to auction this week, up from 450 over the previous week and 788 this time last year. Of the 1,016 results collected so far, 57.9 per cent have been successful, up slightly from the previous week’s preliminary clearance rate of 57.4 per cent, which revised down to 52.4 per cent at final figures, the lowest final clearance rate the city has seen since September 2021. Over the same week last year, 69.0 per cent of auctions were successful.

There were 793 auctions held across Sydney this week, compared to 541 over the previous week and 1,157 this time last year. Of the 624 results collected so far, 55.4 per cent were successful, the lowest preliminary clearance rate the city has seen since April 2020. The previous week recorded a preliminary clearance rate of 58.1 per cent, which revised down to 54.3 per cent at final figures. Once the remaining results are collected, Sydney’s final clearance rate may slip into the 40 per cent range, although it’s likely to just manage to hold above 50.0 per cent. 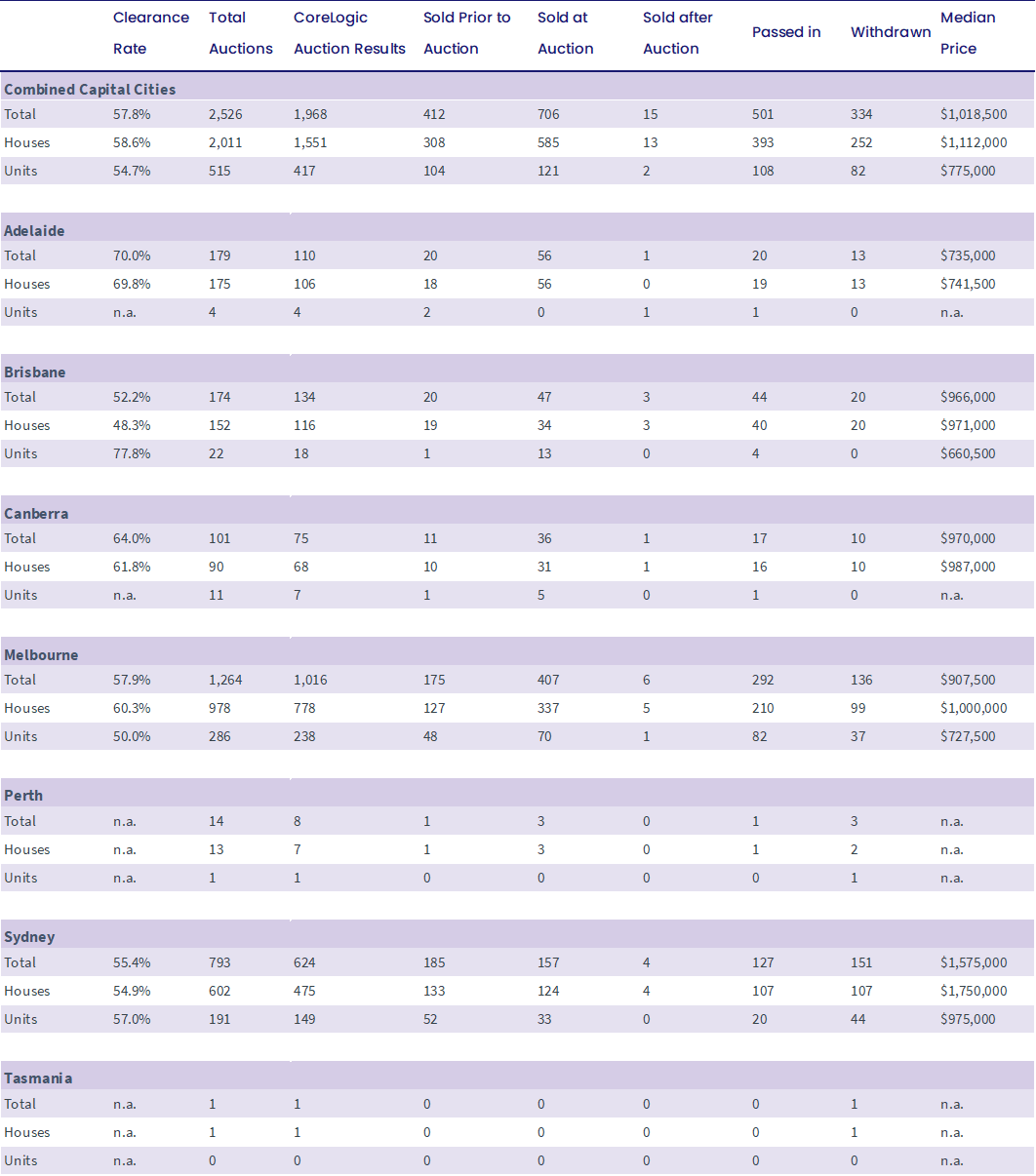 Across the smaller capitals, Adelaide recorded the highest preliminary auction clearance rate (70.0 per cent), followed by Canberra (64.0 per cent) and Brisbane (52.2 per cent). Adelaide was the busiest auction market this week with 179 homes taken to auction across the city, followed by Brisbane (174), Canberra (101) and Perth (14). There was just 1 auction held in Tasmania this week. 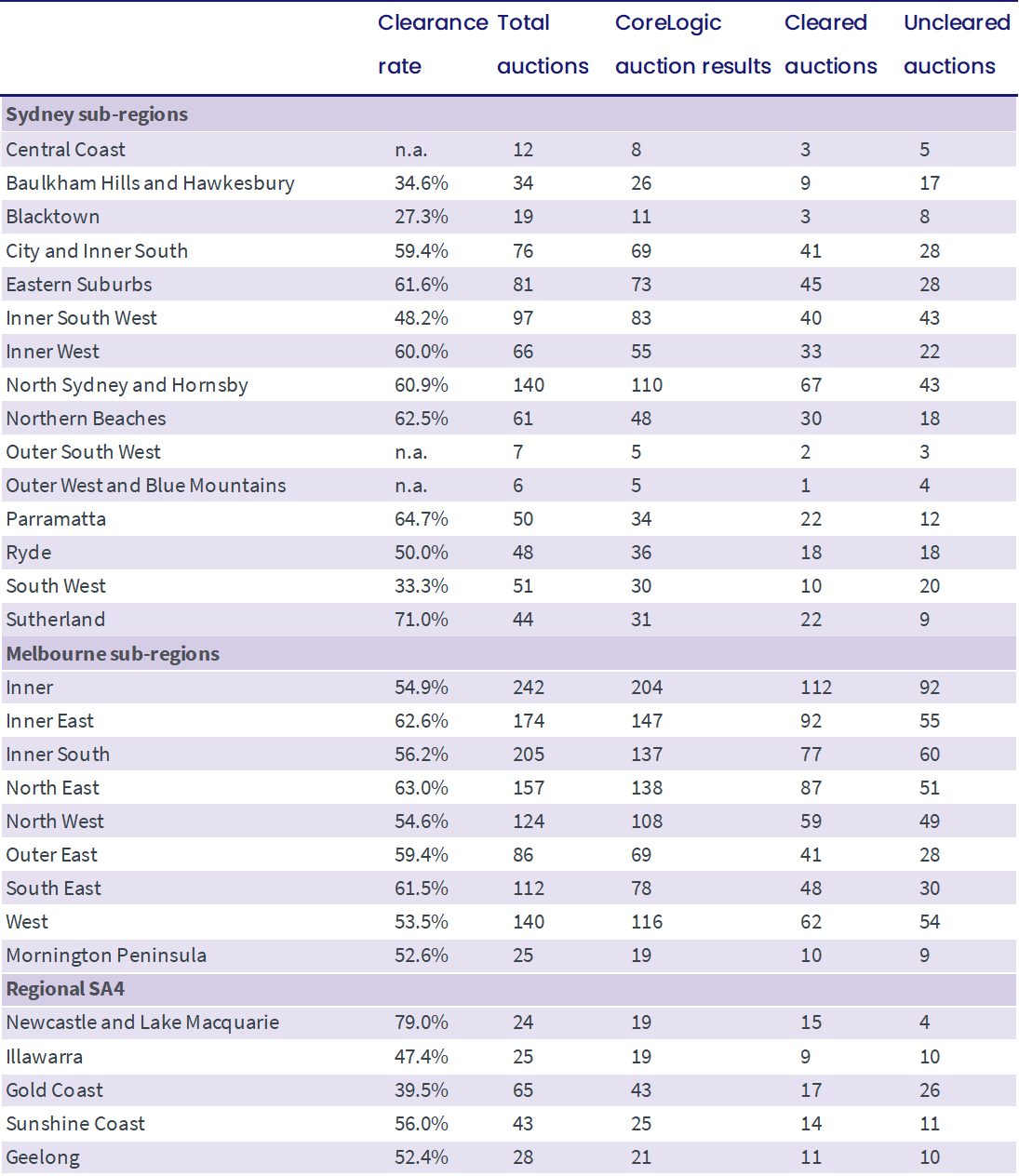