Fewer than 1,400 homes taken to auction across the combined capital cities

Auction activity was significantly lower across the combined capitals this week with 1,393 homes taken to auction as the majority of states celebrate the Queen’s Birthday long weekend, similar to this time last year when 1,413 auctions were held.

The previous week saw 2,644 homes taken to auction across the combined capital cities. Of the 1,116 results collected so far, 58.5 per cent were successful. The previous week returned a preliminary clearance rate of 62.3 per cent, with the final clearance rate revising down to 58.2 per cent. The final clearance rate has held below 60 per cent for the last two weeks and this week will likely be no different as the remaining results are collected. This time last year, 73.6 per cent of reported auctions were successful. 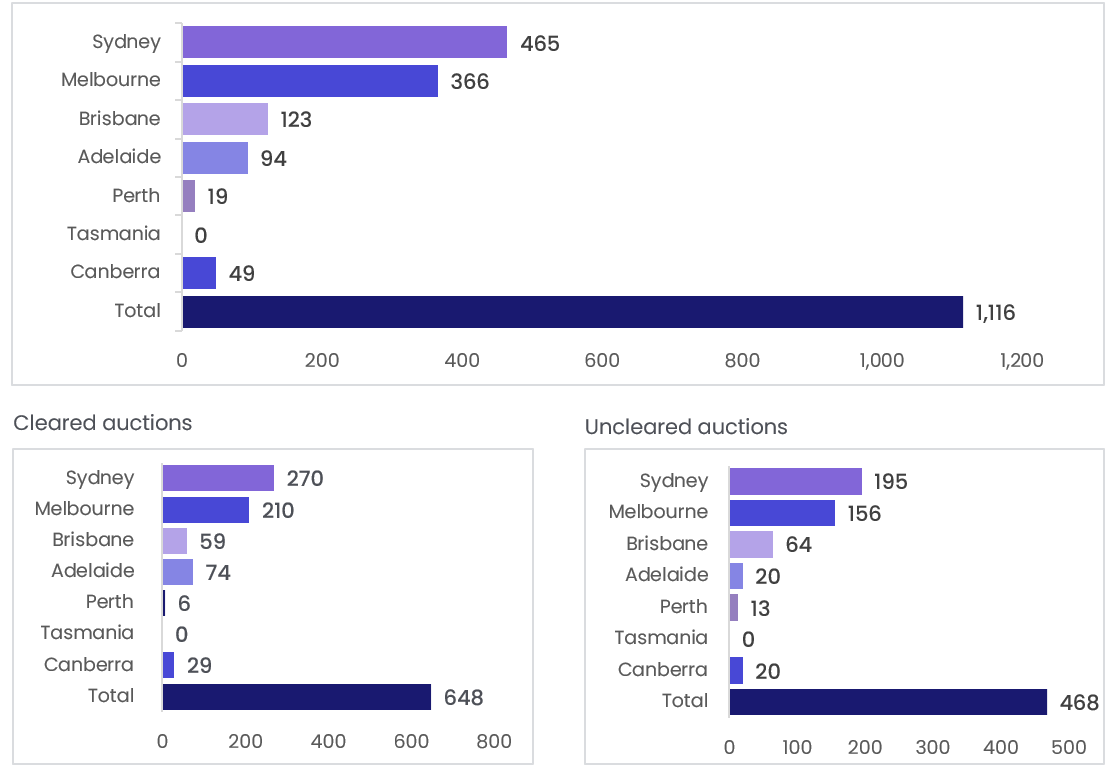 In Melbourne, just 446 homes were taken to auction this week, down from 1,245 over the previous week, although up from this time last year when 355 auctions were held across the city. Of the 366 results collected so far, 57.4 per cent have been successful, down from the previous week’s preliminary clearance rate of 61.2 per cent, which revised down to 58.8 per cent at final figures. Over the same week last year, 68.8 per cent of auctions were successful.

There were 552 auctions held across Sydney this week, compared to 912 over the previous week and 745 this time last year. Of the 465 results collected so far, 58.1 per cent were successful, down from the previous week’s preliminary clearance rate of 59.0 per cent, which revised down to 53.3 per cent at final figures, the lowest final clearance rate Sydney has seen since April 2020.

Across the smaller capitals, Adelaide recorded the highest preliminary auction clearance rate (78.7 per cent), followed by Canberra (59.2 per cent) and Brisbane (48.0 per cent). Brisbane was the busiest auction market this week with 161 homes taken to auction across the city, followed by Adelaide (145), Canberra (68) and Perth (21). There were no auctions held in Tasmania this week. 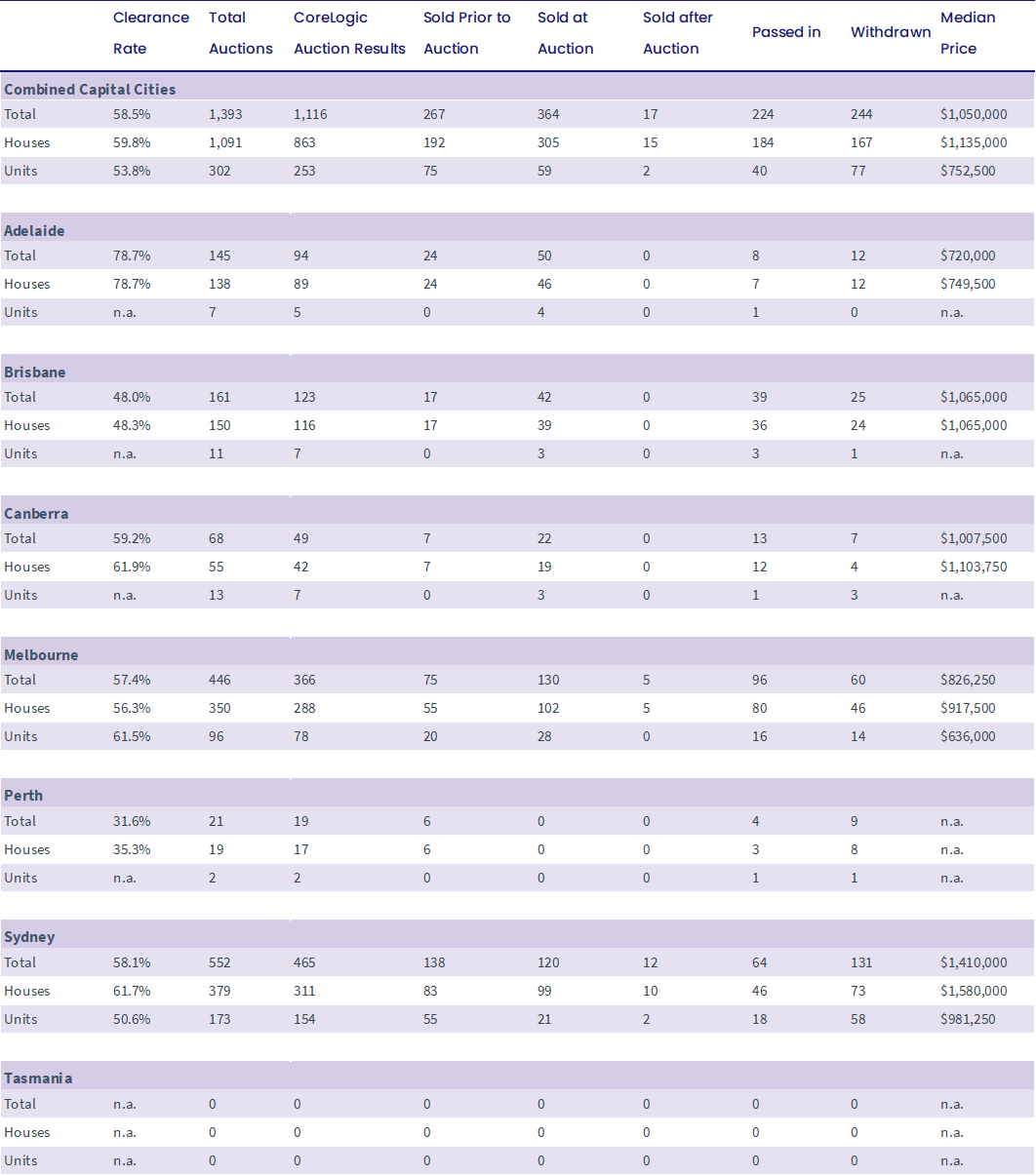 Today’s preliminary clearance rates are the lowest over the year to date for most of the capital cities, including Sydney, Melbourne, Brisbane and Canberra, reflecting more challenging selling conditions for vendors.  We will see these conditions tested further next week as auction volumes rebound to around 2,600 across the combined capitals. 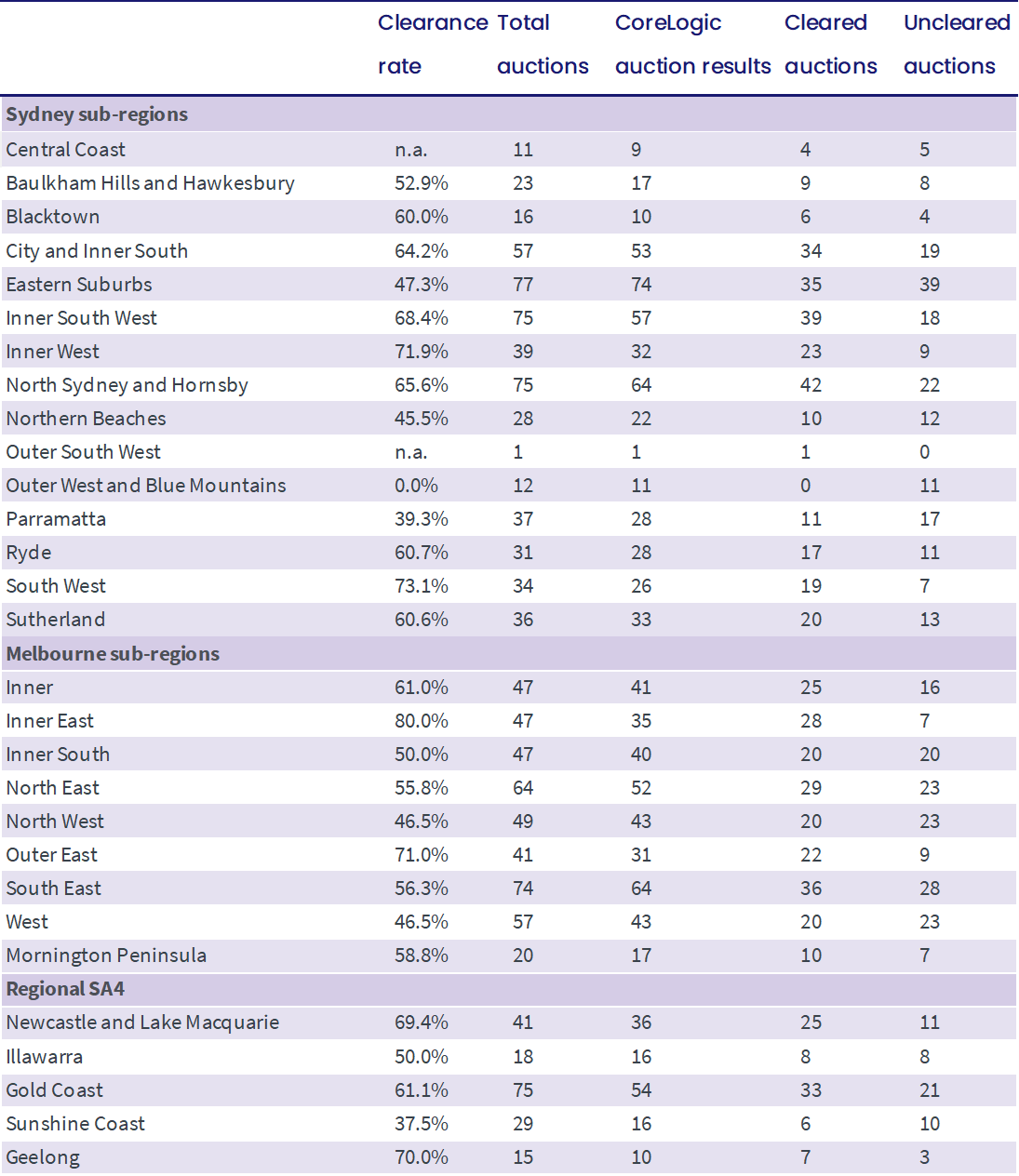