Of the 2,537 results collected so far, 70.1% recorded a successful result, up 70 basis points from last week’s preliminary clearance rate of 69.4%, which was revised down to 66.8% at final numbers. This time last year coincide with the Easter long weekend slowdown when 77.1% of the 845 auctions held across the combined capitals were successful. 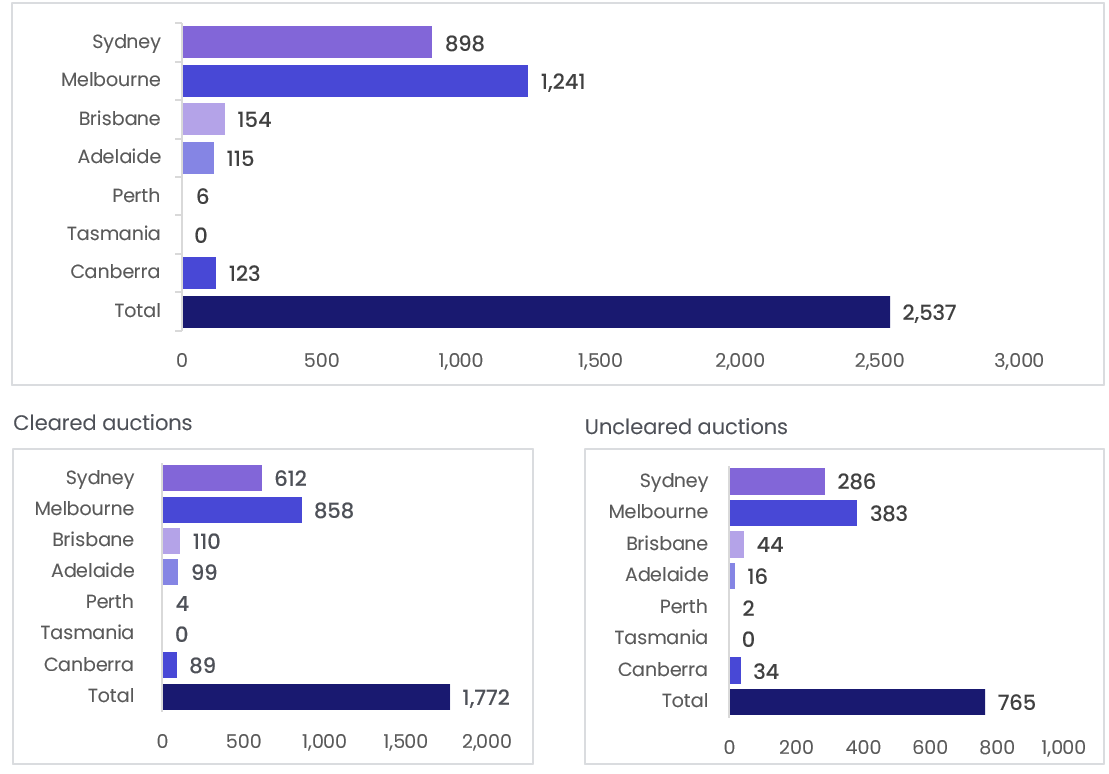 After recording the busiest week of the year last week (1,626), Melbourne’s auction activity fell 9.2% this week, with 1,476 homes auctioned across the city. Of the 1,241 results collected so far, 69.1% were successful, down 60 basis points from the preliminary clearance rate recorded the week prior (69.7%). This time last year 73.5% of the 211 auctions held were successful.

Across Sydney, 1,105 homes went under the hammer this week, in line with the auction volumes recorded the week prior (1,104). Similarly, Sydney’s preliminary clearance rate was in line with the previous weeks figures, with 68.2% of the 898 results collect so far returning successful results. The previous week saw a preliminary clearance rate of 68.1%, which was revised down to 64.0% at final figures. This time last year 82.0% of the 404 auctions held were successful. 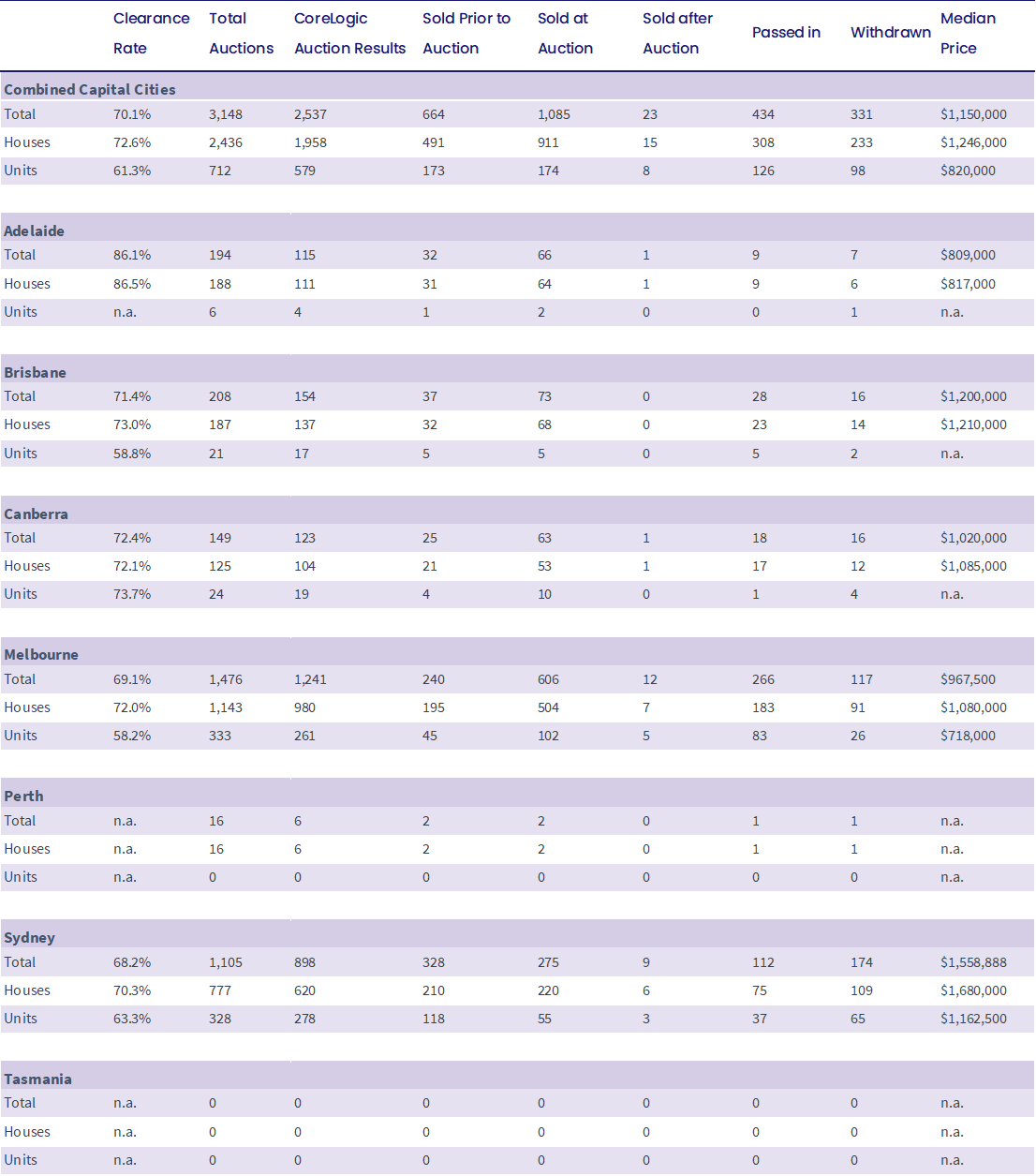 Auction activity fell across each of the smaller capitals this week, down 12.4% from the 647 auctions held the week prior. Brisbane maintained its position as the busiest market amongst the smaller capitals for the fourth week in a row, taking 208 homes to auction this week, followed by Adelaide (194) and Canberra (149). Adelaide recorded the highest preliminary clearance rate for the third consecutive week, with 86.1% of the 115 results collected so far returning successful results, followed by Canberra (72.4%) and Brisbane (71.4%). Results for six of the 16 auctions held in Perth have been collected do far, four of which were successful, while no auctions were held across Tasmania this week. 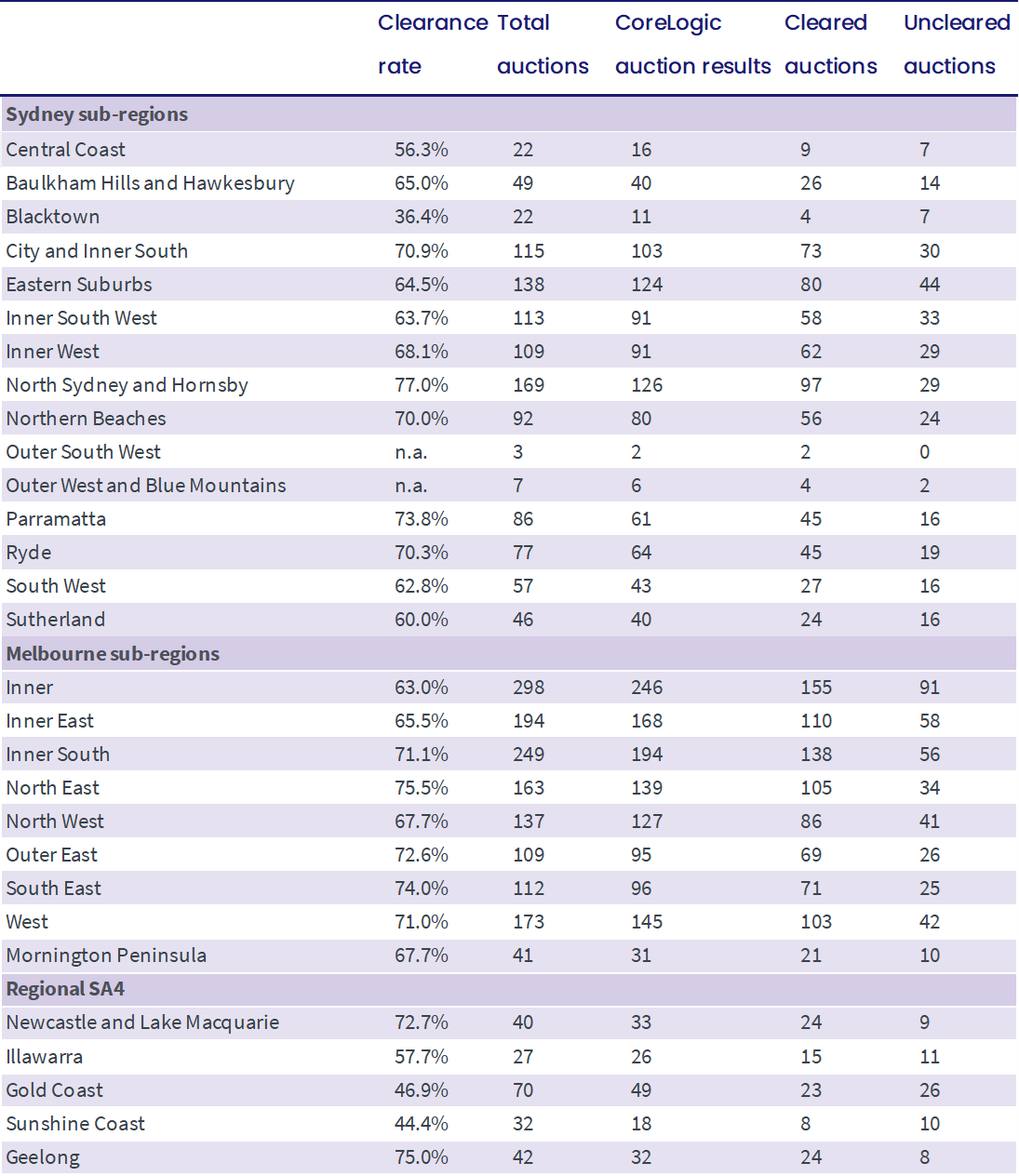 Next week we are expecting auction volumes to rise substantially, with the number of auctions currently scheduled indicating year-to-date highs in Adelaide, Canberra, Melbourne and Sydney.