Compared to the previous week (1,881), this week’s volume of auctions was down -14.4% and -23.3% below the 2,104 auctions that occurred this time last year. After recording the lowest preliminary clearance rates since April 2020, the week prior (55.0%), preliminary clearance rates rose this week, with 58.6% of the 1,264 results collected returning a successful result. Last week's preliminary rate was revised down to a final rate of 53.2% while this time last year 73.7% of auctions reported a successful result. 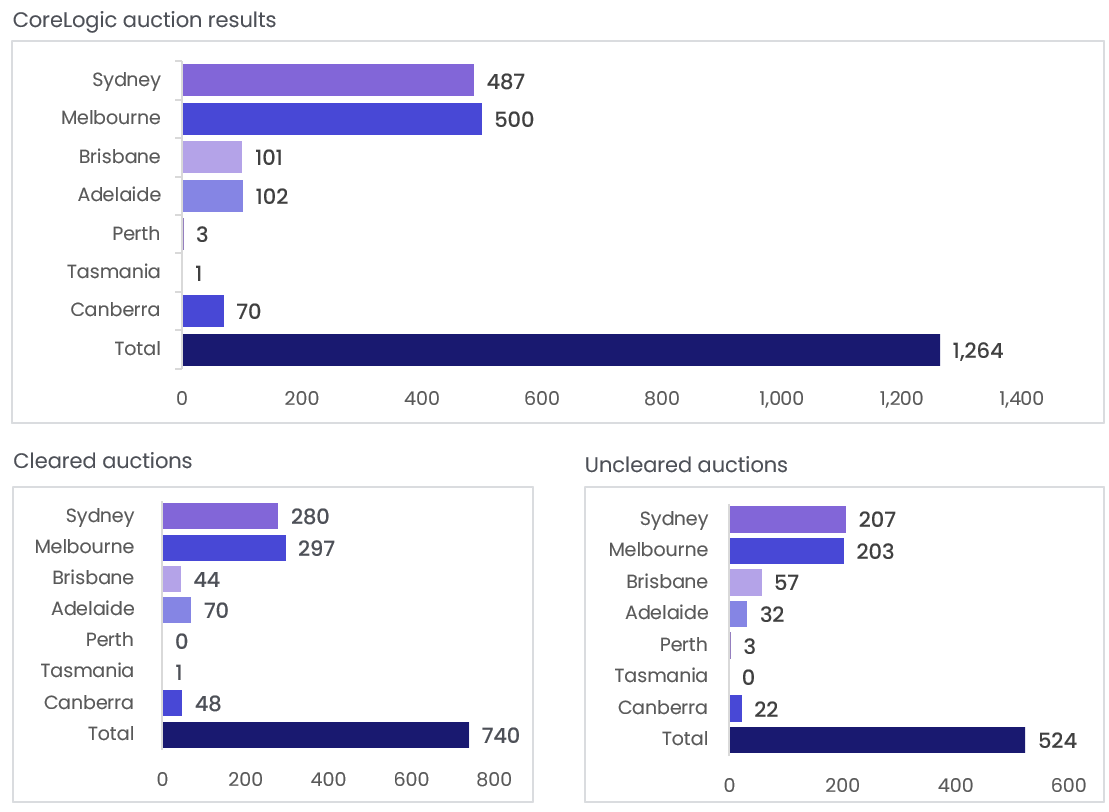 Auction activity across Sydney was down -19.3% compared to the previous week (756), and down 8.4% from this week’s initial auctions estimate (666), with flooding in the cities west and south east likely to be a factor. Of the 610 homes that were auctioned this week, 487 results have been collected so far, returning a preliminary clearance rate of 57.5%. Compared to last week's preliminary rate of 52.5%, which was revised to 49.9% at final figures, this week’s rate is up five percentage points. Over the same week last year, 74.3% of the 650 auctions held were successful. 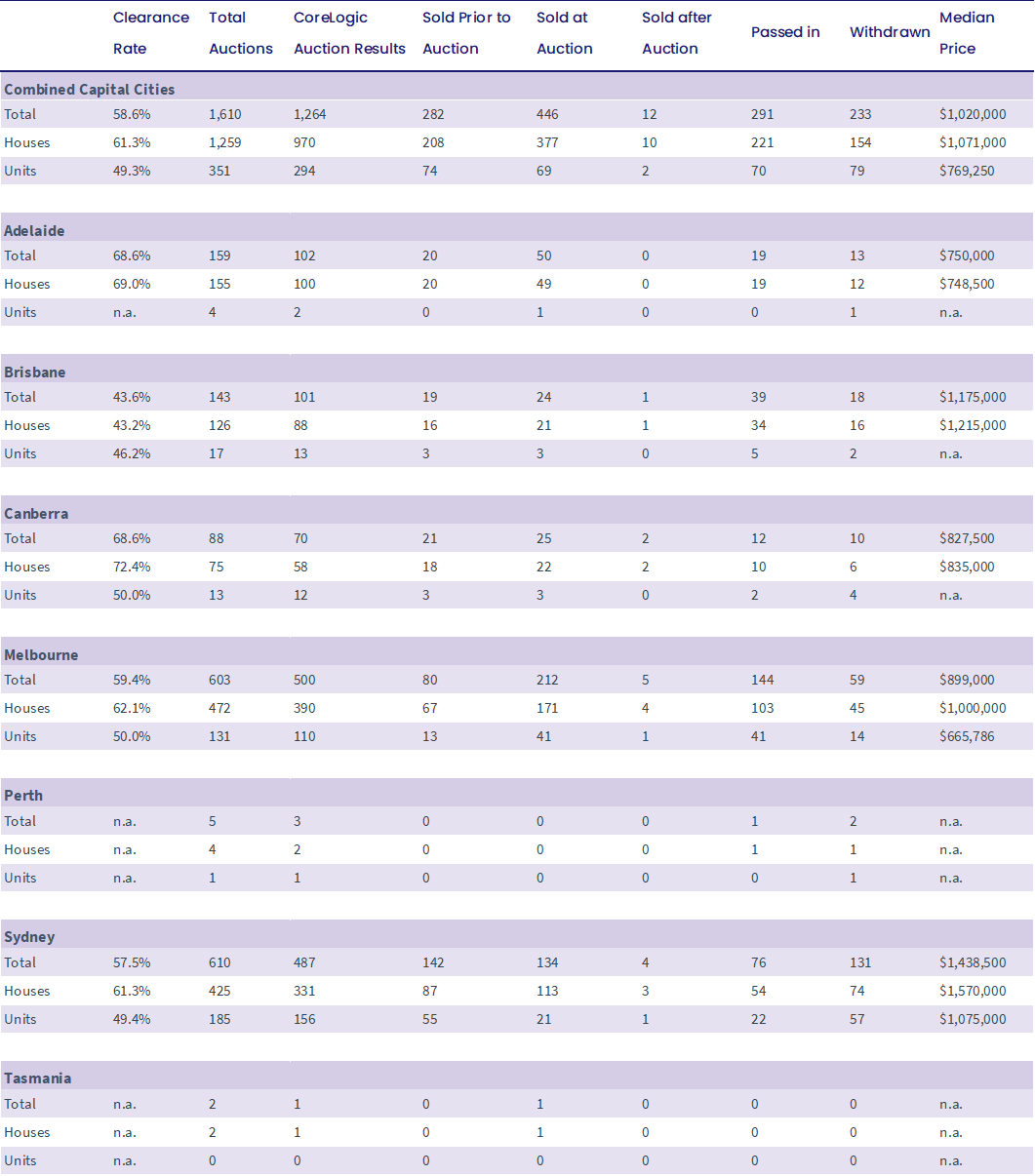 Across the smaller capitals, Adelaide had the busiest auctions week, hosting 159 auctions, followed by Brisbane (143) and Canberra (88). Both Adelaide and Canberra recorded a preliminary clearance rate of 68.6%, while Brisbane recorded the lowest preliminary clearance rate since mid-November 2020 (36.4%) at 43.6%. None of the three results collected so far across Perth were successful, while one of the two auctions held in Tasmania has recorded a successful result. 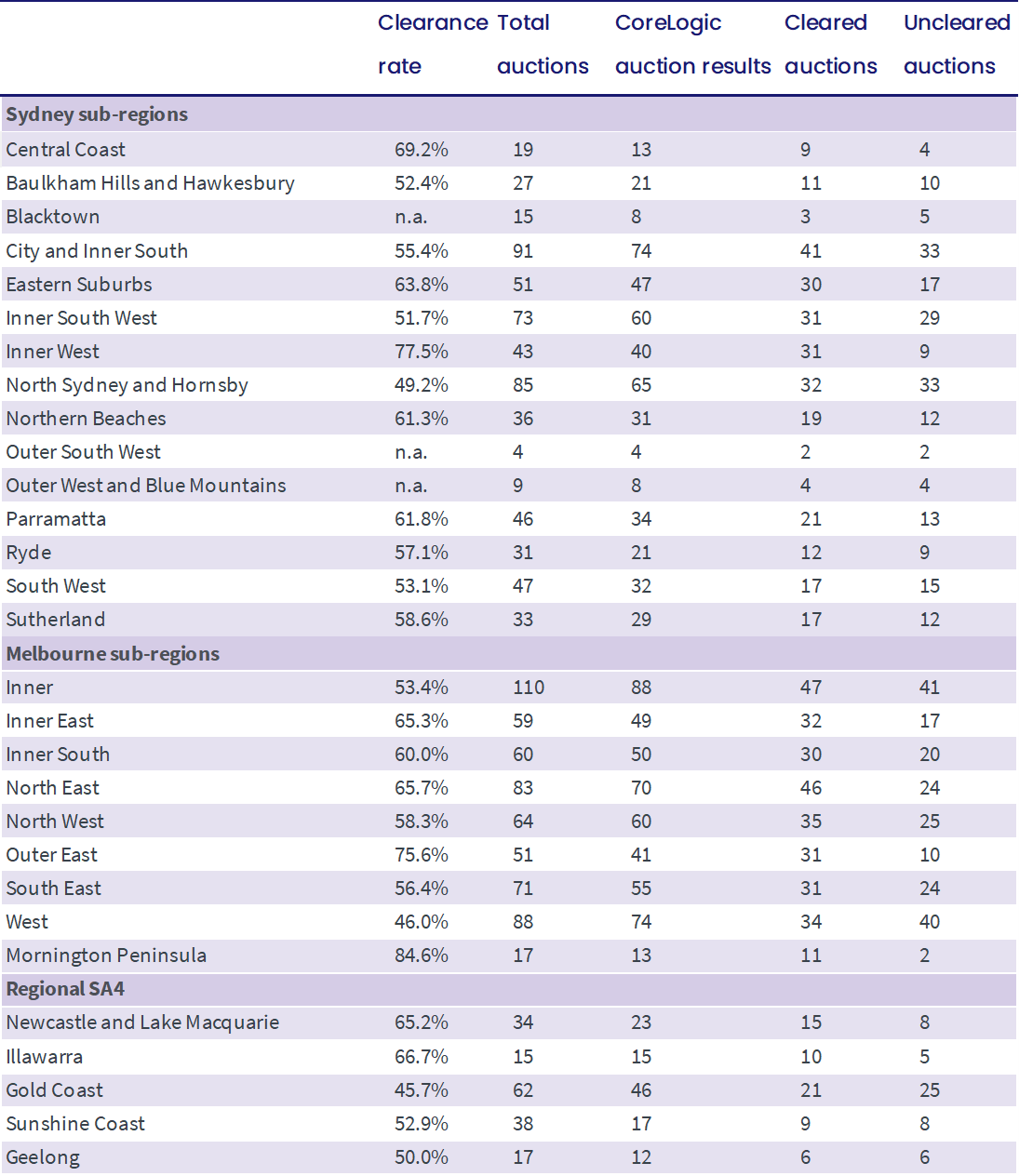