With 3,983 homes taken to auction, the combined capitals recorded the busiest week of the year to date and the sixth busiest auction week since CoreLogic records commenced in 2008 this week.

With each of the capitals, excluding Brisbane and Perth, recording their busiest week of the year to date, this week’s auction activity was up 24.1% compared to the week prior, when 3,209 homes went under the hammer. Following the small rise in the preliminary clearance rate recorded last week (70.1%), this week’s preliminary clearance rate fell back below 70%, with 68.7% of the 3,073 results collected so far returning a successful result. Coinciding with the post-Easter auction slowdown, auction activity this time last year (2,199) was down 81.1%, while clearance rates were up (76.8%). 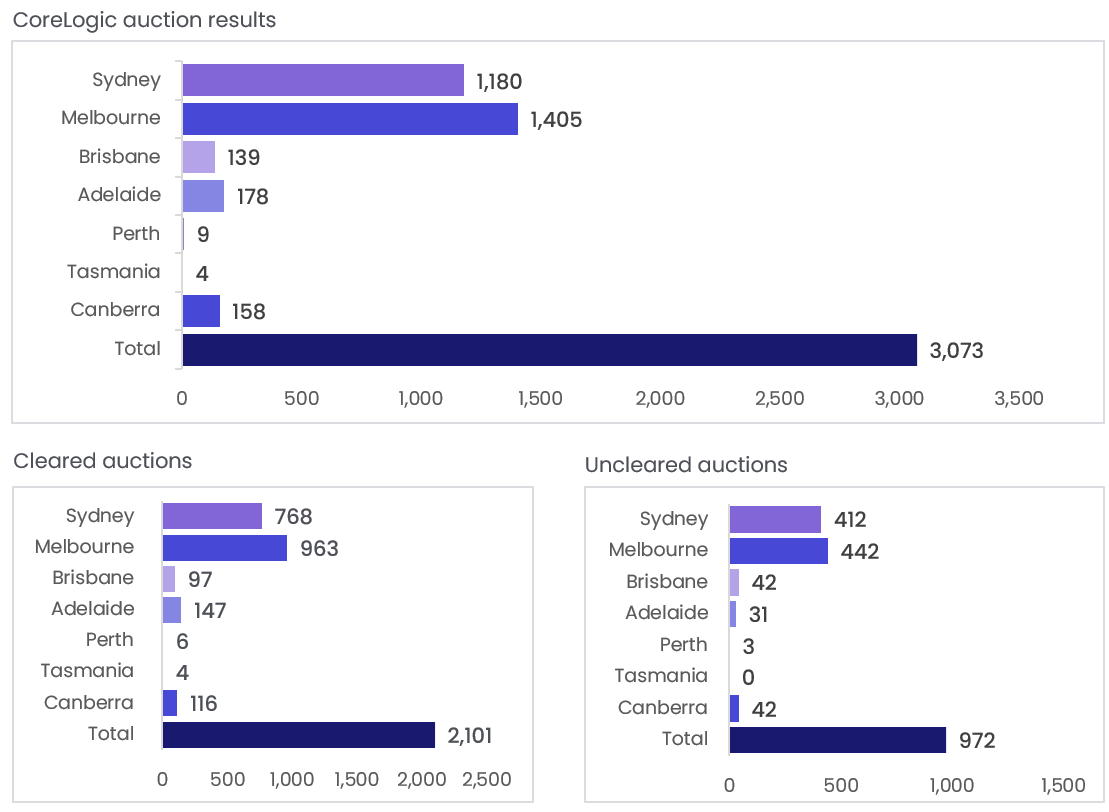 Across Melbourne, 1,750 homes went under the hammer this week, overtaking the week ending 27 March (1,626) as Melbourne’s busiest week of the year to date. Compared to the week prior (1,501), Melbourne’s auction activity was up 16.8%. Auction activity was up 65.3% from the number of auctions held this time last year (1,059). Of the 1,405 results collected so far, 68.5% have recorded a successful result. Last week a preliminary clearance rate of 69.1% was recorded, before being revised down to 67.0% at final figures. 72.5% of auctions held this time last year were successful.

Sydney recorded its sixth busiest auction week on record this week, with 1,481 homes taken to auction across the city. Originally slated to be Sydney’s fourth busiest week of all time, approximately 70 auctions were rescheduled across the city this week, likely due to the extreme weather events in the city’s west. This week’s auction activity is up 30.4% compared to the week prior when 1,136 auctions were held. With 1,180 of the results collected so far, Sydney recorded a 3.1 percentage point fall in its preliminary clearance rate from 68.2% to 65.1%. Last week’s preliminary clearance rate (68.2%) was revised to 63.8% at final figures. This time last year 81.4% of the 821 auctions held in Sydney were successful.

Auction activity was up 31.5% across the smaller capital cities this week, with Canberra and Adelaide recording their busiest week of the year so far, and the third and fourth busiest weeks on record respectively. Adelaide recorded both the highest number of auctions amongst the smaller capitals (301) and highest preliminary clearance rate, with 82.6% of the 178 results collected so far returning a successful result. Canberra recorded a preliminary clearance rate of 73.4%, up 1.1 percentage point from last week (72.4%). Brisbane hosted its second busiest week of the year with 226 homes auctioned across the city, recording a preliminary clearance rate of 69.8%. Of the nine results collected so far for Perth, six have recorded a successful result, while all four auctions held across Tasmania were successful. 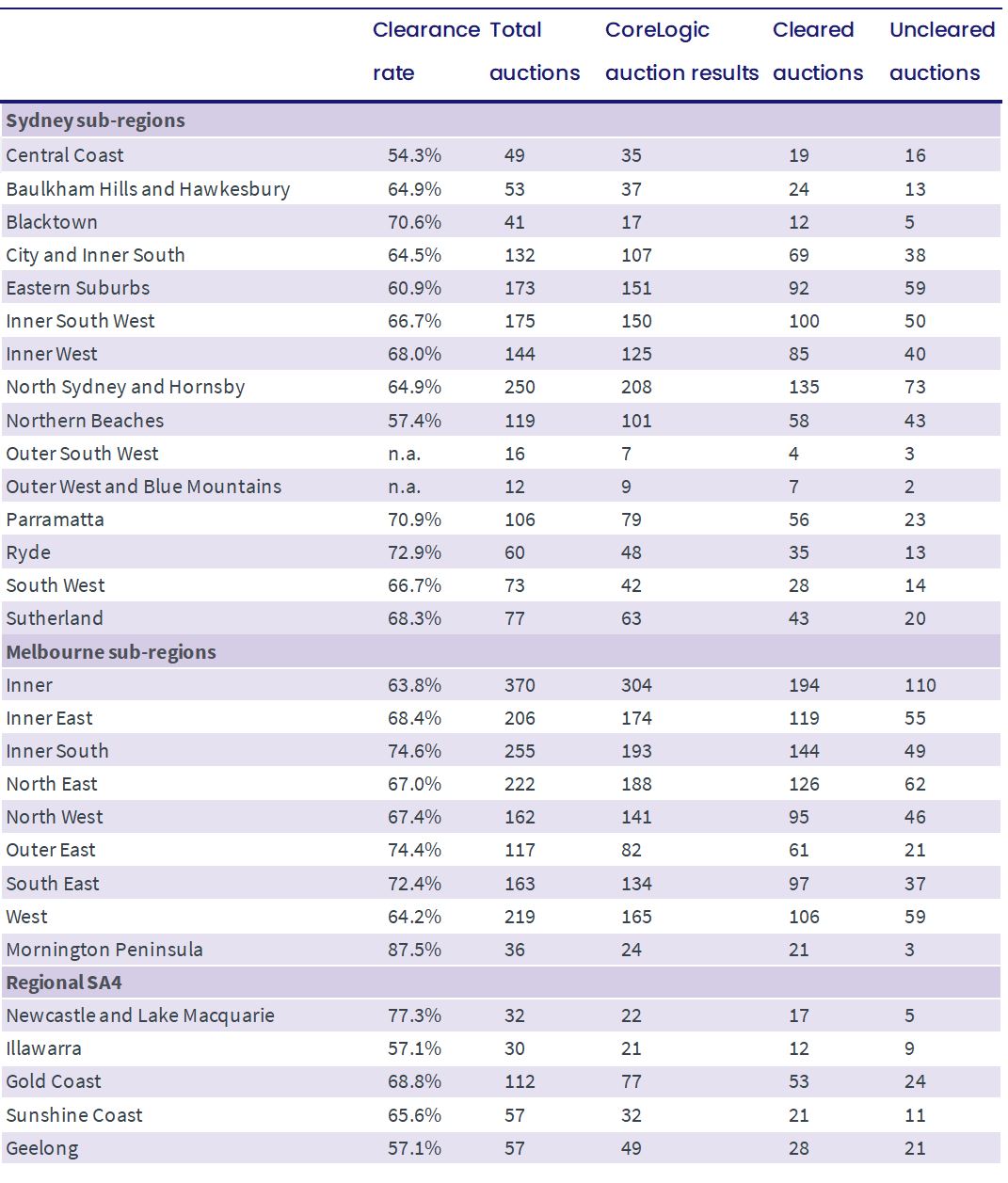