Capital city auction activity continuing to ramp up this week after an earlier than expected start to the 2022 auction season. With 1,179 capital city homes scheduled to go under the hammer, this week’s auction volumes are more than double the 436 auctions held last week and up 33.4% compared to this time last year (884). Traditionally the quietest part of the year, this week is set to overtake the same week last year as the busiest January auction week since CoreLogic records commenced in 2008.

Melbourne is expected to host the most auctions with 396 homes across the city scheduled. This week’s expected volumes are nearly triple those seen last week (140) and up compared to the 390 auctions held this time last year.

Sydney is set to be the second busiest this week with 339 homes set to go under the hammer, up significantly from the 73 auctions held last week. This time last year Sydney hosted 270 auctions.

Melbourne hosted the most auctions last week with 140 homes going under the hammer, up from 44 the week prior and up 10.2% from this time last year (127). Melbourne’s clearance rate was up compared to the week ending 19 December (60.0%) but down compared to the December average (62.8%) with 60.4% of auctions returning a successful result. 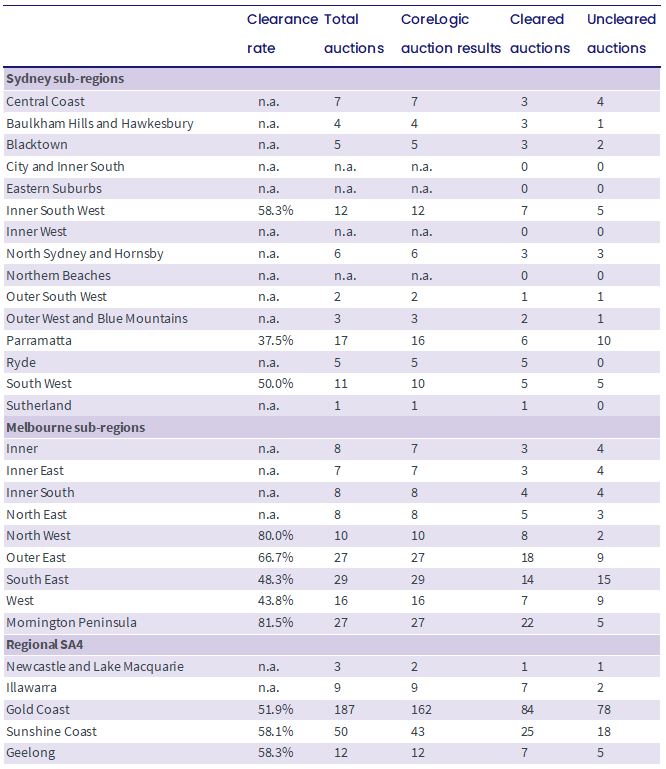